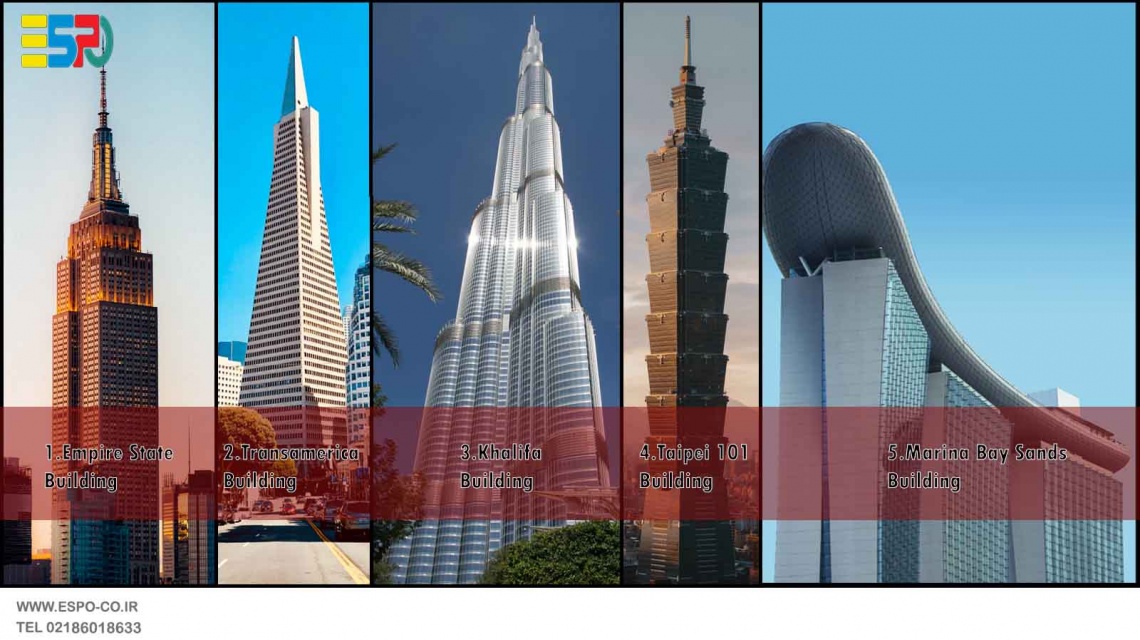 Skyscrapers are unique buildings that not only amaze people with their enormous height but also make many people think about how these buildings fell, which remained strong and stable for decades. They stay.

But in fact, there are now several architectural technologies that are being implemented by engineers to build a skyscraper that does not collapse with various environmental influences.

New York has long been the center of the construction of the world's skyscrapers. In many ways, this is consistent with the characteristics of the land: the rocks on New York Land are almost close to the ground, and this allows them to participate in high-rise buildings and skyscrapers without fear of destruction.

The symbol of the New York skyscrapers is the Empire State Building, which is still the brightest example of a building with a steel frame - the building is made up of hundreds of steel profiles weighing a total of 59,000 tons.

2.The effect of the pyramidal shape

Architects and structural engineers were not content with one technology. The next item that captures the mechanical vibrations of a structure is the pyramid shape. This led builders to increasingly turn to pyramidal structures: after all, the conical structure itself is very strong.

So the Trans-American Tower in San Francisco is stable precisely because of its shape. Also, along the base in the form of a grid of triangular beams is used in its design, although it is, in principle, one of the types of earthquake-resistant constructions. Structural testing has shown that the synthesis of these technologies allows some of the oscillations to be better absorbed.

3.A windbreak of the building

The world's tallest skyscraper is an ordinary wind cutter.

The tallest building in the world - the Burj Khalifa in Dubai - is also built on the principle of a pyramid, but of a different type - designed as an asymmetrical staircase. This design also allows you to reduce the "wind effect": the building has special sections that reduce the wind flow.

At the same time, unlike the buildings in New York, the Burj Khalifa was not built by this foundation on solid rock. A building weighing 500,000 tons is maintained by each piece of 200 45-meter boards.

Engineers today are able to balance a skyscraper using a damper - a device that reduces mechanical vibration in a building. At the same time, it often becomes a real work of art, which also brings aesthetic pleasure. For example, the Taipei 101 Tower in Taiwan has a damper that has been turned into a full-fledged tourist attraction.

A visitor can look from above at a large metal spherical damper weighing more than 600 tons, located between the 88th and 91st floors of the building. This design can not be called anything but an engineering masterpiece. The pendulum works as follows: Damper vibrations compensate for the building movements caused by strong winds.

The Marina Bay Sands Hotel in Singapore is world-renowned for its unique rooftop pool: the roof of the three towers combines the structure at the same time. In fact, most guests do not suspect that they are swimming in a large damper (seismic bracing system in buildings and bridges).

Everything is about the water in the pool - it is able to compensate for vibration during structural shocks.