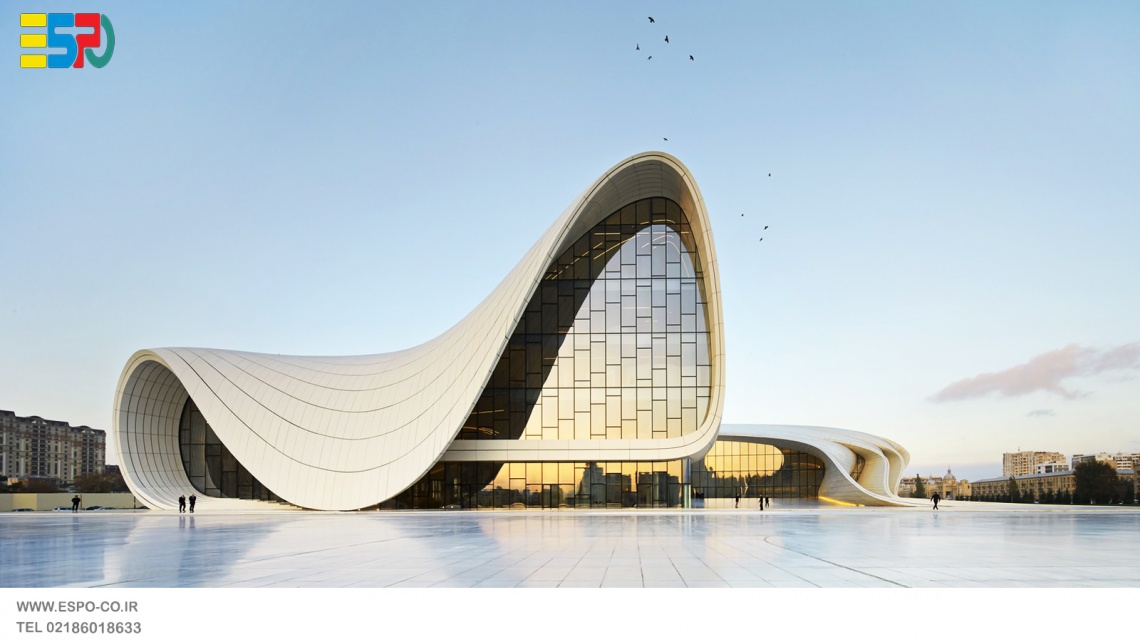 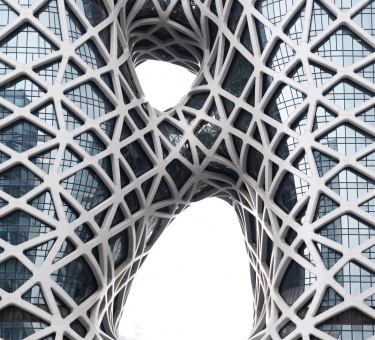 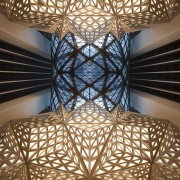 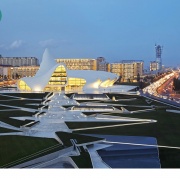 In the world of architecture, there are many styles and schools, and parametric architecture is one of them. This multiplicity of letters and forms has made it difficult for non-specialists to identify the works belonging to each school.
Incidentally, parametric architecture and the construction of parametric views is one of the most difficult of these topics. Even many in the construction industry do not know what that means. Especially since it has a strange name and after hearing it, a special image of it does not form in the mind.

What is parametric architecture and what are its features?

Classical and traditional architecture has always emphasized the order of material arrangement and the magnificence of the building. When we come to the beginning of modern architecture, we notice its emphasis on simplicity and minimalism.

After the modern era came the era of postmodern architecture. One of the schools that emerged in the third period and are the subject of our discussion is called the school of parametric architecture.

In this architecture, it is not supposed to find a definite border between different parts and parts of the building. To describe such buildings, it is said that in them, the form is free and is constantly changing. Unlike buildings, when we look at them, we notice a kind of static and static forms. In these buildings, being dynamic and moving is one of the senses that is induced in us.

No definite boundary can be found between lines and geometric shapes. In general, geometric shapes and lines have a strong presence in this method, and this geometric nature of the forms has helped to make the most complex and difficult structures work in the same way.

The most successful examples of parametric views are those that are very complex and nested. Such specifications have led to an increase in the use of computers and specialized software in this work. This method is also often used to build towers and skyscrapers.

Famous examples of this architecture are the Heydar Aliyev Cultural Center in Baku, the Bird's Nest Stadium in Beijing, and the City of Dreams Hotel in Macau.

What are the features of a parametric view?

As mentioned, complexity is one of the visual features of this type of facade.

Due to the type of industrialization that is formed in the process of making these facades, generally, no waste materials are created. Especially since these facades are also made with expensive materials, and the lack of throwing materials is a great help to make the price economical.

Grass Hoppers software is efficient in designing this type of facade. Of course, one of the disadvantages of some architects is that they rely too heavily on such software. Many successful architects in this field do not rely too much on technology and computers and use their creative power and mental imagery to do the work of designing the facade.

Geometric modeling is a practice that must be done very carefully to design a parametric view. Also, modeling is often critical to achieving a good view. The construction of these models allows it to be predicted in advance for the construction of expensive parametric views created from rigid geometric shapes. Without these modelings, the probability of project failure is very high.

How are parametric views created?

The design and construction of such facades have their own stages. In this section, we will take a brief look at these tailoring steps to give you an overview of their production process.

The complex structure and unconventional installation methods are two major obstacles to project implementation. Therefore, because the design is done with great care, the details are modeled in three dimensions.

Having 3D models, in addition to easing your mind about the correct formation of the structure and the feasibility of installation methods, make it possible to inform all project agents and staff about the work to be done.

The location and the place where the building is built must be thoroughly and from all aspects examined. Thus, using a laser, all the coordinates of that location are estimated and examined.

After doing this, the architects process the information obtained and compare it with the information they had previously estimated on paper. Number correction and modeling development are done using this real information.

In order for an architect to be able to design and create a unique parametric view, he must start with his mind before software and computer. Some popular views are initially designed with a pencil on a blank screen.

Incidentally, this issue is much more tangible for us Iranians. Interestingly, the construction of parametric facades in Iran was done by Iranian architects centuries ago. They created facades using bricklaying and their materials were clay and lime. Without access to technology, these Iranian architects even calculated the angles of the bricks relative to each other.

Parametric facades are made using the most modern and expensive materials. One of the things you need to do is check the latest market materials. After identifying them, you need to check and find out which one is more suitable for your work.

Materials such as GFRC or GRC, for example, are among the newest these days. Their flexibility will allow you to make any piece with any shape and form you want.

One of the things that help us become more familiar with this school is reading Patrick Schumacher's theories. This architect, who was one of the collaborators of the great architect Zaha Hadid, has played a significant role in the development of parametric architecture.

Schumacher believes that the needs of contemporary society are very different from previous periods and that architecture must meet these needs to the best of its ability. Architecture responds to these needs through parametric facade design techniques and methods.

Patrick Schumacher says that we are not just facing a new technique, but that this type of architecture is a new style, with all the features and capacities that an architectural school has. "This style has changed the collective needs, wants, desires, and values ​​of contemporary man," he says. Of course, these changes that have occurred must be examined in the long run.