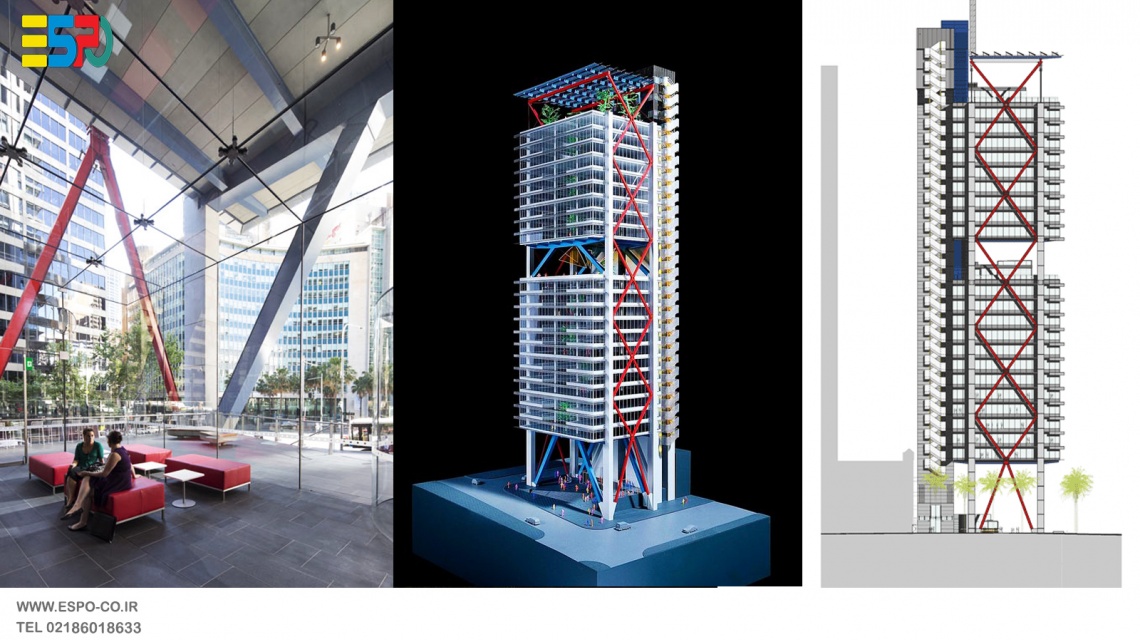 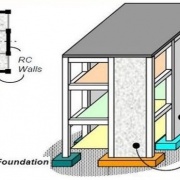 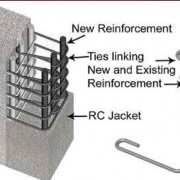 What is earthquake resilience?
In general, reinforcement means increasing the resistance of a structure (building) against the forces. Today, the term is more commonly used to describe seismic force. From a scientific point of view, the term reinforcement is not entirely appropriate for this purpose, because if the purpose is to improve the performance of structural components (buildings) against earthquake force, improvement and in a special case for earthquake forces, the seismic improvement would be a more appropriate term.
Which buildings need retrofitting?
In this category, buildings are examined both during and after the earthquake, and each has its own importance. But in general, four categories can be identified: The first category is vital buildings that due to the type of use and use that they can not transfer equipment, and on the other hand must maintain their performance after the earthquake. These buildings include medical centers, telecommunication and television stations, security centers, and refineries. The second category consists of buildings that do not currently have special conditions but are needed as service and assistance centers after the earthquake and must be standing. These include some shelters, mosques, schools, macro-management centers, and crisis management centers. On the other hand, buildings that are not very important before and after the earthquake, but in case of serious damage will cause a lot of casualties, such as public centers, stadiums, towers, etc. . The fourth category is ordinary buildings that do not fall into any of the above categories, such as residential houses, ordinary office, and commercial buildings.
It is the responsibility of the government to strengthen the first and second categories. But the third category is shared between the government and private employers (the people) and the fourth category is entirely the responsibility of the people. Which are directly involved in reducing earthquake casualties.
Earthquake resistance methods
General earthquake resistance of the building
In this method, retrofitting, repairing the whole building, and improving the overall resistance of the building against earthquakes are provided.
Reinforcement of the building by adding a shear wall
One of the methods of reinforced concrete buildings is to add shear walls. Shear wall greatly increases the strength, stiffness, and ductility of the structure and improves the seismic behavior of the structure, and reduces deformation and damage to other concrete elements of the structure.
Reinforcement of the building by adding a brace
Adding steel braces to strengthen the concrete structure will increase the hardness, reduce the need for ductility, and increase the shear strength of the system. Generally, the use of divergent bracing systems (EBF) in the reinforcement and reinforcement of concrete buildings is not common due to its high cost and problems in execution, but a variety of convergent bracing systems can be used in this type of improvement and reinforcement of concrete and steel structures. To be considered.

Reinforcement of the building using a damper or damper
Dampers are energy-consuming or absorption systems based on increasing the attenuation of the building. The most important effect of attenuation is to reduce the amplitude of the oscillation and the response of the building to the applied forces and thus waste most of the vibrational energy. The simplest and most widely used is the use of dampers in braces that can be used in all classes.
Reinforcement of the building by adding seismic separators
Seismic isolation is one of the methods to control seismic vibrations by separating the structure from the ground in buildings and bridges. In this method, unlike conventional methods in seismic retrofitting and improvement, which increases the structure, the focus is on reducing the seismic response, force, and acceleration of the earthquake input to the structure. In the seismic separation method, the structure is placed on supports that have a lot of lateral deformation. In the event of an earthquake, major deformations occur at the abutment, and the structure vibrates like a rigid body with small deformations.
Reinforcement of structures using metal and concrete jackets
One of the methods of reinforced concrete buildings is the use of concrete coating around various elements such as shear walls, columns, and beams. In this method, the first holes are made at certain intervals in the surrounding aspects of weak elements. Then a steel mesh with ribbed reinforcement is placed around the desired member. The size and distance of these steel reinforcements are designed using analytical results. The holes created are then filled with epoxy glue and L-shaped sewing reinforcements are placed inside it. Molds are contracted around the member and the inside will be filled with concrete.
The use of a metal jacket is a suitable method for strengthening concrete buildings while increasing the strength and ductility of the members of this type of structure does not add significant weight to the building. In this method, metal sheets are placed on the concrete surface of the member at the vulnerable location of the building and are connected to the relevant member by bolts. Reinforcement with a metal jacket can be twisted, striped, or localized, depending on the case.
Reinforcement of structures with FRP
The reinforcement system of concrete structures with FRP composite. In this method, the bundles of fibers, after being impregnated in the resin, are placed next to each other after passing through a mold and create a profile. This method can be used in strengthening columns and beams, strengthening slabs and joints, concrete shear walls, brick walls, etc.
Reinforcement of masonry buildings
Buildings with buildings are buildings that are made of brick, cement blocks, or stone and in which all or part of the vertical loads are supported by walls with building materials. Therefore, buildings in which part of the vertical loads are supported by walls or building materials and part of it by metal elements or reinforced concrete are also considered as buildings with building materials.