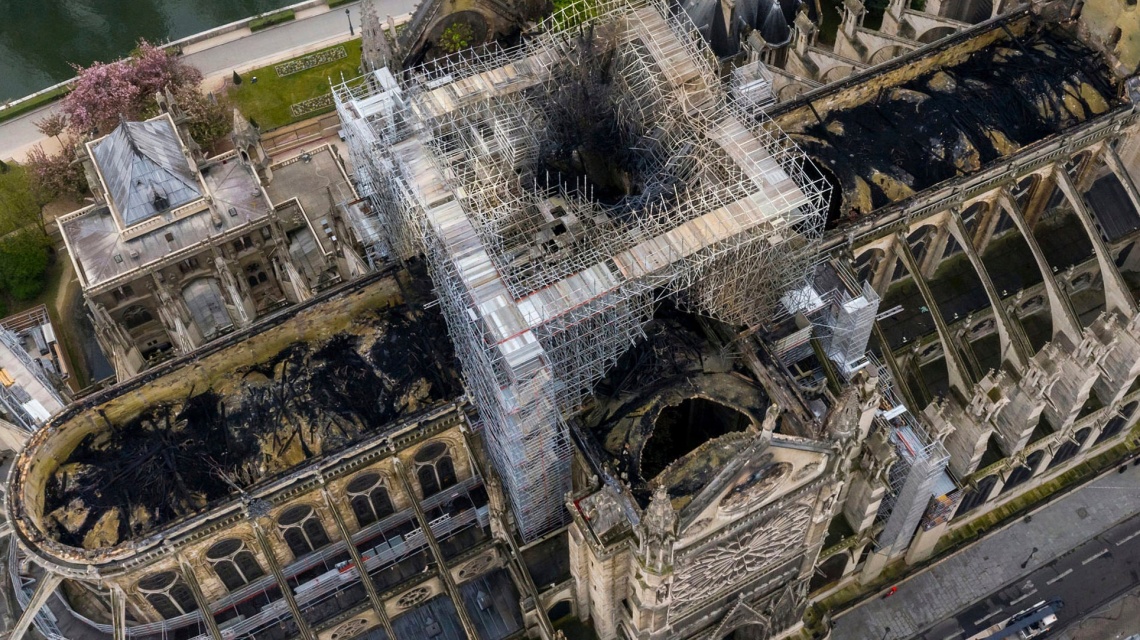 A year after the fire at Notre Dame Cathedral, work on the Gothic architecture began with the removal of damaged scaffolding in the fire.

According to Reuters, before the fire broke out on April 15, 2019 (April 26, 1998) in the church of Notre Dame, which destroyed the minaret and its roof, scaffolding for the reconstruction of the old minaret of the building was set on fire and burned.

The operation to separate the scaffolding, an important part of the Notre Dame Church reconstruction project, has been suspended since mid-March due to concerns about the Corona outbreak. Now, a few months later, two teams of five workers, using ropes and seat belts, begin to move the molten metal hulls. Workers use electric saws to remove 40,000 scaffolding in the section, and cranes separated by cranes are moved to the ground.

The bell tower, the exterior walls, and much of the church's vaulted roof, along with the religious monuments and artifacts inside the building, survived last year's fire. It is only after the separation of the melted scaffolding that the engineers can check and determine the health of the structure of the damaged bearings.

French President Emmanuel Macron has promised to rebuild the building within five years after last year's fire. Notre Dame officials also hope that the church's doors will be open to tourists by 2024 when Paris is set to host the Olympics.